Barley: An Ancient Grain for the Healthy Modern Kitchen 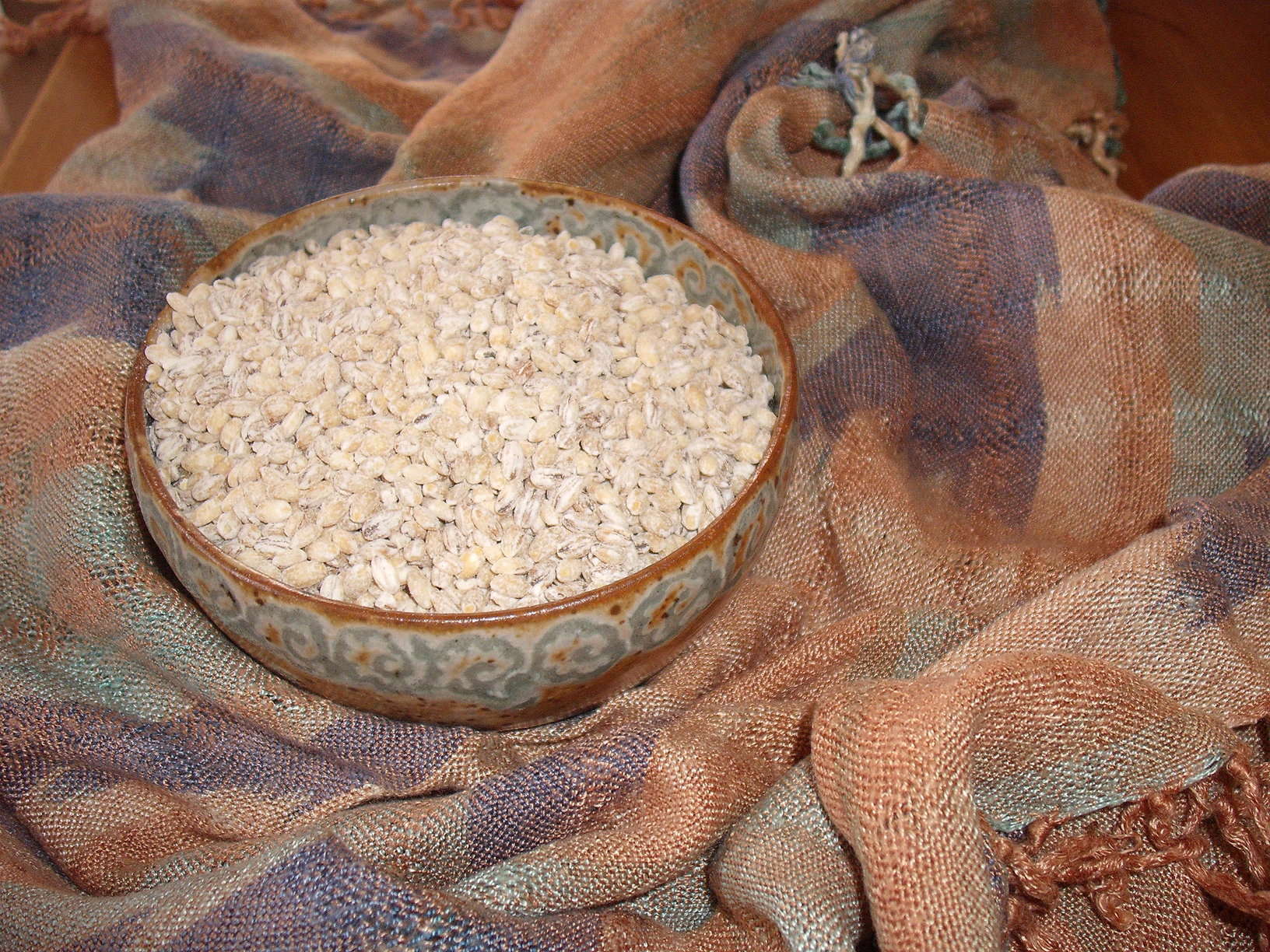 Barley is one of the oldest grains on Earth, domesticated  around 8,000 B.C. in Mesopotamia from its wild relative Hordeum spontaneum. While barley is most commonly used as livestock feed today, its presence in the home kitchen—especially the vegetarian home kitchen—is a must. The health benefits of this humble, ancient grain are numerous and include protection against diabetes, cancer and heart disease.

Furthermore, it has a complex, nutty taste and pasta-like consistency that works great for a breakfast cereal, as a star in soups and as an unexpected delightful texture in salads. Its only drawback is that it contains gluten, which makes it a no-go for those with celiac disease or gluten sensitivity. Otherwise, it should be a pantry staple for a healthy and delicious diet.

When the temperature took a dive a week or so ago, I thought I’d make one more pot of soup that had that decidedly “winter” warm-up quality. I went straight for the barley and my friend Leo’s mushrooms. Barley and Mushrooms are like a match made in heaven. The flavors compliment so well. While we are now officially into spring, this soup can still do the trick on a chilly day—for dinner with a salad, some homemade bread and a glass of dry Sauvignon Blanc and for lunch during the following week because it warms up just super. I, in fact, have had this soup for breakfast on a cold winter morning. Be brave. 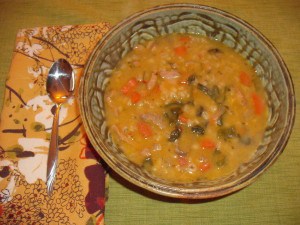 Mushroom Barley Soup is rich in flavor and full of healthy ingredients. It’s also a beautiful golden color that adds to its presentation.

This recipe contains a couple of “salty” ingredients besides sea salt: tamari and miso. So be judicious in your addition of salt: just enough in the beginning to achieve the desired sweating and caramelizing of the vegetables and only after taste-testing at the end. You’ll probably need less than usual. And don’t toss the extra stock. This soup gets thicker as it chills. You’ll need that stock for the yummy leftovers!

Red palm oil is a new culinary adventure for me. The oil made a big splash with the endorsement of Dr. Oz. But you can find conflicting opinions across the web about its true health value and potentially negative environmental impact. While I basically don’t accept the idea that foods, in and of themselves, make us thinner, I do believe that organic, sustainably raised red palm oil can have health benefits. You just have to do your homework to make sure you are buying a reliable, Earth-friendly product.

Nutiva won me over for now. I’ve recommended the red palm oil in the Mushroom Barley Soup because it makes it taste good and (I think) adds to the other nutritional powerhouses in this soup—namely the mushrooms, the barley and the miso. (I have, by the way, also developed a taste for red palm oil when sautéing kale—Yum!)

So let me know what you are doing with barley and where you stand on red palm oil. Being brave in the kitchen takes some research, some risk, a willingness to try something new or change old habits and, above all, a love for food.