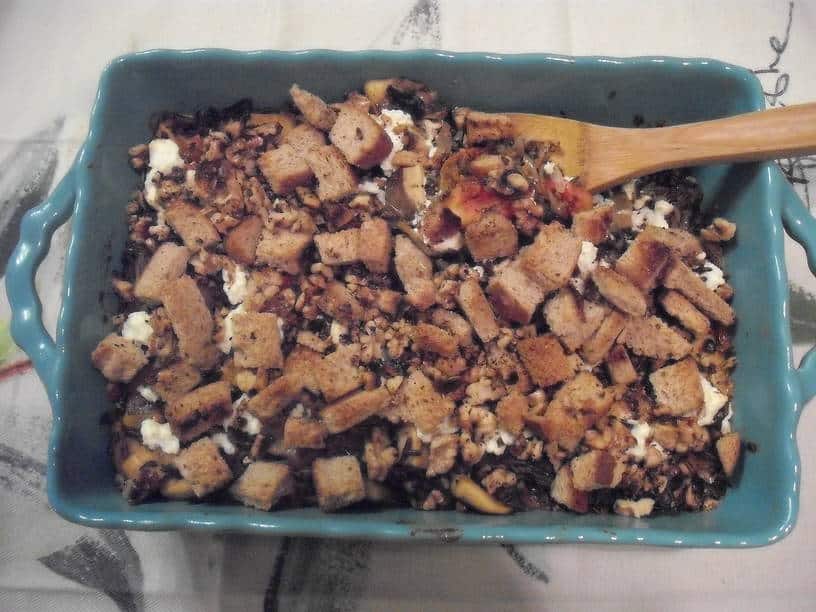 No. Not what you are thinking, even from an old hippie.

For our Valentine’s Day dinner, I wanted a side dish that would go well with Don’s pasture-raised steak and my wild salmon fillet—we were splurging, you see. After 45 years of marriage, I think we are due, don’t you? I decided to visit my friend Leo for some of his delicious and healthy oyster mushrooms, which sort of ended up guiding the entire recipe. Don and I both love those mushrooms, especially with whole grains, so I continued to splurge on organic wild rice—pretty pricey, but so flavorful. And since I am that lucky green gal with the large freezer, the tomatoes in my dish were fresh-frozen from the fall and my stored yellow onions and garlic rounded out everything.

Check out this homey and comforting vegetable and whole grain dish and see if it just doesn’t warm your heart…. And make your mouth water. Fairly simple to throw together, super yummy to throw back! If you think my method for the rice is a bit “different,” see the end of the post for its inspiration. 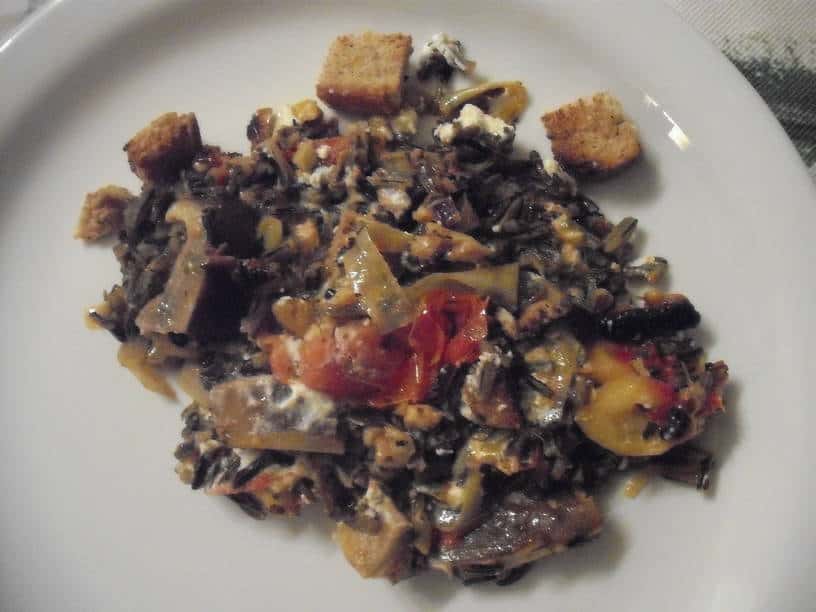 Here is how I determined prep time and cook time: You'll spend about an hour total chopping vegetables and assembling ingredients. You’ll spend about two hours total cooking the rice (plus more time to chill) and the breadcrumb topping, caramelizing the onions, simmering the casserole filling, and then assembling and baking the casserole. You can make the rice a day ahead, if you choose, and is actually a good idea. 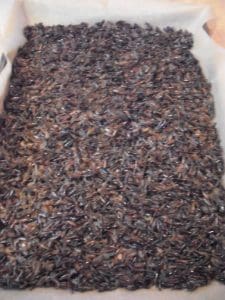 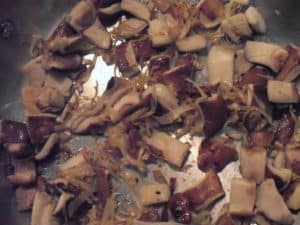 Spread your cooked rice out in a shallow layer for even chilling. Wild rice works really well in this recipe because it is sturdier than brown rice.

Your onions should eventually look like those crunchy onions in a can, and your mushrooms should be chopped fairly large.

As most GGMW readers know by now, I am a huge fan of Chef Vivian Howard, owner of Chef and the Farmer restaurant in Eastern North Carolina, PBS superstar of A Chef’s Life and newly published author of Deep Run Roots, her first cookbook that has already been named winner of four IACP awards, including Cookbook of the Year and The Julia Child First Book Award. Chef Howard is my culinary hero of heroes—no one puts more love into cooking than she.

I’ve seen nearly every episode of A Chef’s Life—most episodes I’ve seen at least three times. Yes, I am a fan. But no matter how many times I watch these shows, I’m always picking up something new; many times my education is on an ingredient I’ve cooked with for years… for instance, rice. During the Season One episode called “A Road Trip for Rice,” the light bulb came on for me when Chef Howard mentioned that “If we serve rice in the restaurant we almost always cook it ahead of time and chill it down quickly to maintain the integrity of the grain.” My mind immediately went back to all the pots of mushy, underdone, overcooked, tasteless rice I had managed to ruin over the years—especially true in casseroles like the one featured above, when the rice must sustain its chewy texture and independent structure through two cooking cycles.

And it is with that simple tip that I decided to not only precook my rice but chill it down. I probably don’t get the rice chilled down as quickly and efficiently as Chef Howard does, but I firmly believe that the several tips I’ve gotten from her on rice preparation—toasting first, putting the lid on and keeping it on, and chilling it down a day ahead—make for way better rice on my table, no matter how I’m serving it. 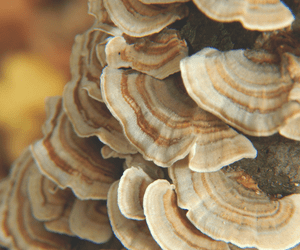 Leo’s mushrooms are really the star of this dish, and for many reasons they deserve top billing. Mushrooms are a wonderful source of nutrition, and I include them quite a bit in my cooking, especially since I’ve been able to source them locally. Leo actually began growing his mushrooms in order to make his own diet healthier, a story I told on this blog quite some time ago. And the more he has researched fungi benefits, the more convinced he has become of their superfood status. He’s convinced me, too.

The fact is, medicinal mushrooms have a magic all their own, aside from their amazing earthy flavor. They’re showing up not only in the healthiest dishes but also in more supplements. Learn how you can use them for better health in this article from Delicious Living Magazine: Mushrooms Pack Health Benefits in Supplements. I think DL’s article will open your heart to more mushrooms in your own diet and in your daily supplements, too. 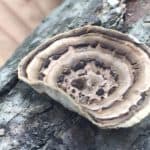 Finally, (and I’m going “far out” on a fungi stem here), I’d like to share how mushrooms are incredibly powerful in a totally different way. A very good friend and fellow advocate for environmental justice Sheila Voss recently wrote her own take on the value of mushrooms. As Vice President of Education at the Missouri Botanical Garden, Sheila is always looking for the lessons that Nature teaches us, if we only choose to see them. Further, as an amazing parent, she is committed to leaving the planet healthy for future generations. Her obsession and understanding of mushrooms and all they can say is nothing short of heartfelt brilliance….

Fungi, if my 2017 camera phone images are any indication, fascinate me. Apparently, I did not hike, roam, wander, vacation, or work without stopping to look closer at nearby mushrooms in all their extraordinary forms….

It is a familiar theme in nature that where there is death, there is life. In death, the complex substances of living organisms are released and made available as nutrients for plants and animals. Fungi do this. The forms we see are only a small portion, the vast remainder deep within the wood, perhaps growing its fungal network for years before producing the visible fruit that captures our eye. The fruit that at once symbolizes death, beauty, and new life. And if you mess with it the wrong way, it could seriously hurt you.

Rotting takes many forms. Sexism. Racism. Social and economic injustice. Unchecked capitalism and consumerism. Breaking down these structures takes time, often goes unseen, and takes a pervasive, unstoppable network. Like mycelium, the individual strands of this network are often too small to be seen except when massed together. This network of tiny strands en masse eventually bursts through the surface in beautiful and sometimes dangerous form, helping others pick up the fight to keep living, surviving, thriving…