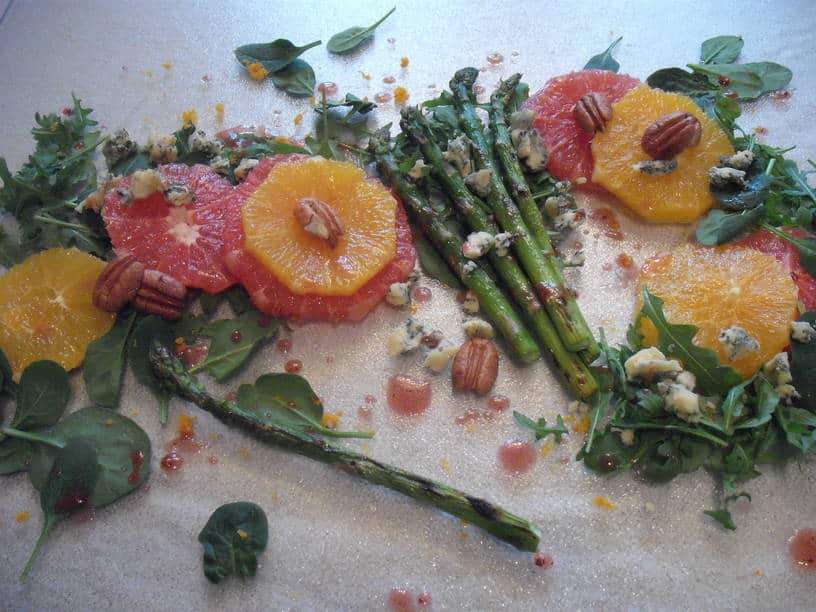 Well Happy Valentine’s Day! I think I have a new salad and dressing pairing that will tug at your heartstrings… in a super healthy way. Not only is it delicious, it allows you to be planet-conscious while being health-conscious.

One sure way to tug at my heartstrings is to give me new ideas about eliminating food waste (I know, hopeless romantic). This is nothing new coming from me, right? But I try not to harp on it too often because I realize everybody can only do what they can do. Every effort is valiant. However, when I get the inspiration to turn my compost into delicious recycled food, I gotta share.

I mentioned on the blog a couple of weeks ago how impressed I was with Delicious Living Magazine’s January issue, the headline of which read “Waste Not!” There are several recipes in the print version and more online that make incredible dishes out of what is virtually food waste. If you recall, near the end of my post I linked to the Celery Leaf Walnut Pesto from the “Root to Leaf” article. 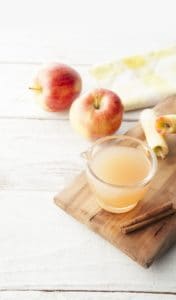 But the recipe that intrigued me the most was Apple Core Syrup, made by taking peels and cores of apples and cooking them down into a ready-to-use syrup for desserts, marinades, dressings and more. All you needed was your imagination. The recipe is also super simple and only uses three other ingredients: water, honey and cinnamon sticks. The only catch for me? It takes six cups of apple cores and peels. Since I almost never peel my apples, it was going to take quite a while to save up cores in my freezer, but I just couldn’t let the idea go.

After two weeks, I only had about a cup of cores. Then I got the inspiration to add other sweet and spicy food peelings  to replace some of the apple cores and the cinnamon in the original recipe: beet peels and gingerroot peels were my selections. Once I had accumulated a packed cup each, I decided I had enough food waste to start the experiment.

Following Delicious Living’s recipe for guidance, I cooked down my apple cores and peels and finished it off with the honey. Then I worked my beautiful bright red sauce into a dressing for a knock-out citrus salad that I hope will encourage you to “waste not.”

Note that the prep time includes the hour and 15 minutes needed to prepare the syrup, plus cooling time. The cook time refers to roasting or grilling the asparagus. I would count on two hours, start to finish, realizing that the syrup could be made up to a week or so in advance and the asparagus could be made ahead by half a day. 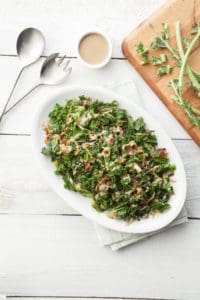 So, think twice before you toss your peelings, cores and stems into that compost. Looking for another idea? Try Delicious Living’s recipe for Kale Stems with Caramelized Onions and Bacon. Yep, those tough kale stems you’ve been tossing can actually be your next favorite side dish.

And there’s still more. Check out the Delicious Living guide to using all kinds of food “waste” in your kitchen. Your budget and your planet and your diners will thank you! 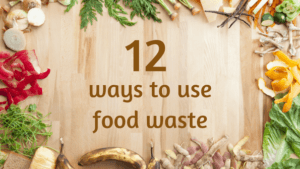