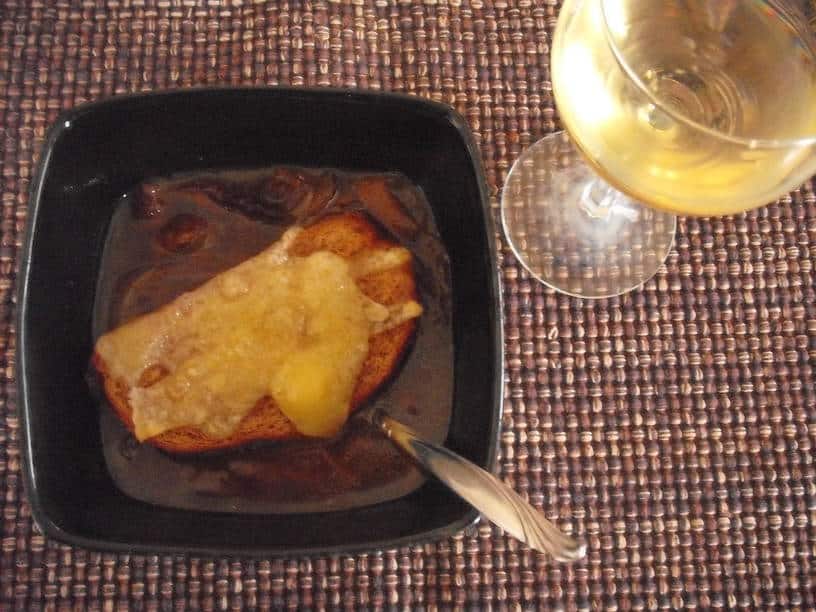 Well, I was putting my monthly recipe of bone broth into the slow cooker near the first of the month when I noticed a sort of tired look on my husband’s face. “What now?” I asked. “I thought bone broth was one of your favorites.”

“It’s okay,” he said, semi-whiny. “It’s just getting boring.” So, I thought, buying the best, cleanest, meatiest bones, slow cooking them for two days, painstakingly straining and storing the stock is now boring. Romance in my kitchen was nowhere to be found at that moment, just days before February 14.

I could have gotten rather passive-aggressive at that moment or stood my ground knowing that what I was making was filled with flavor and love. I chose, instead, to develop a new recipe…or rather a Green Gal take on an old one. And this is how I romanced my man on Valentine’s Day….

Don’t have time to make bone broth? Don’t have to—try Pacific Foods Organic Beef Bone Broth. In a pinch, this is a great quick alternative to making your own but keeping your food clean and pure.

Not a mushroom fan? Not a problem. My amazing friend Leo had these dried, earthy porcini mushrooms, and I couldn’t resist adding them for the flavor and the health benefit. But if mushrooms aren’t your idea of romantic, leave them out and add one extra cup of broth to make up the difference.

Helpful Hints for a Perfectly Romantic Pot of Soup

The slicing technique for the onions is pretty simple, but it is critical if you want perfectly caramelized onions for your soup, which in this case you most certainly do. Start on one side of a halved onion and slice up to the center at an angle. Rotate the onion half and repeat. For a refresher see my post a few Septembers ago, which also gives pointers on roasting garlic.

Traditionally, white all-purpose flour is used in French onion soup to thicken the base, but my blogger- box discovery of cassava flour while creating grain-free pita chips, changed my mind. Cassava flour is an amazing thickener that goes creamy the instant it hits hot liquid in a pan. You may want to use a little more of it than you would regular wheat flour, but for the most part it performs as a thickener one-for-one. And did it make great pita chips!!!

What’s that floating on top of the soup? In my mind, you cannot serve from-scratch French onion soup without a slice of homemade bread that has been topped with Gruyere cheese and broiled for a few minutes to make it gooey and crunchy in one bite. So that’s what’s floating on top—a slice of my favorite wheat bread—called Thirded Bread—and Marcoot Jersey Creamery’s closest cousin to Gruyere—Alpine Forest. If you are not up for making bread, a nice slice of crusty white bread will do.

So there are still a few weeks of chilly weather ahead. Why not make this soup and snuggle up with your valentine for a romantic soiree? And don’t forget to add the Man Cookie for the finale!