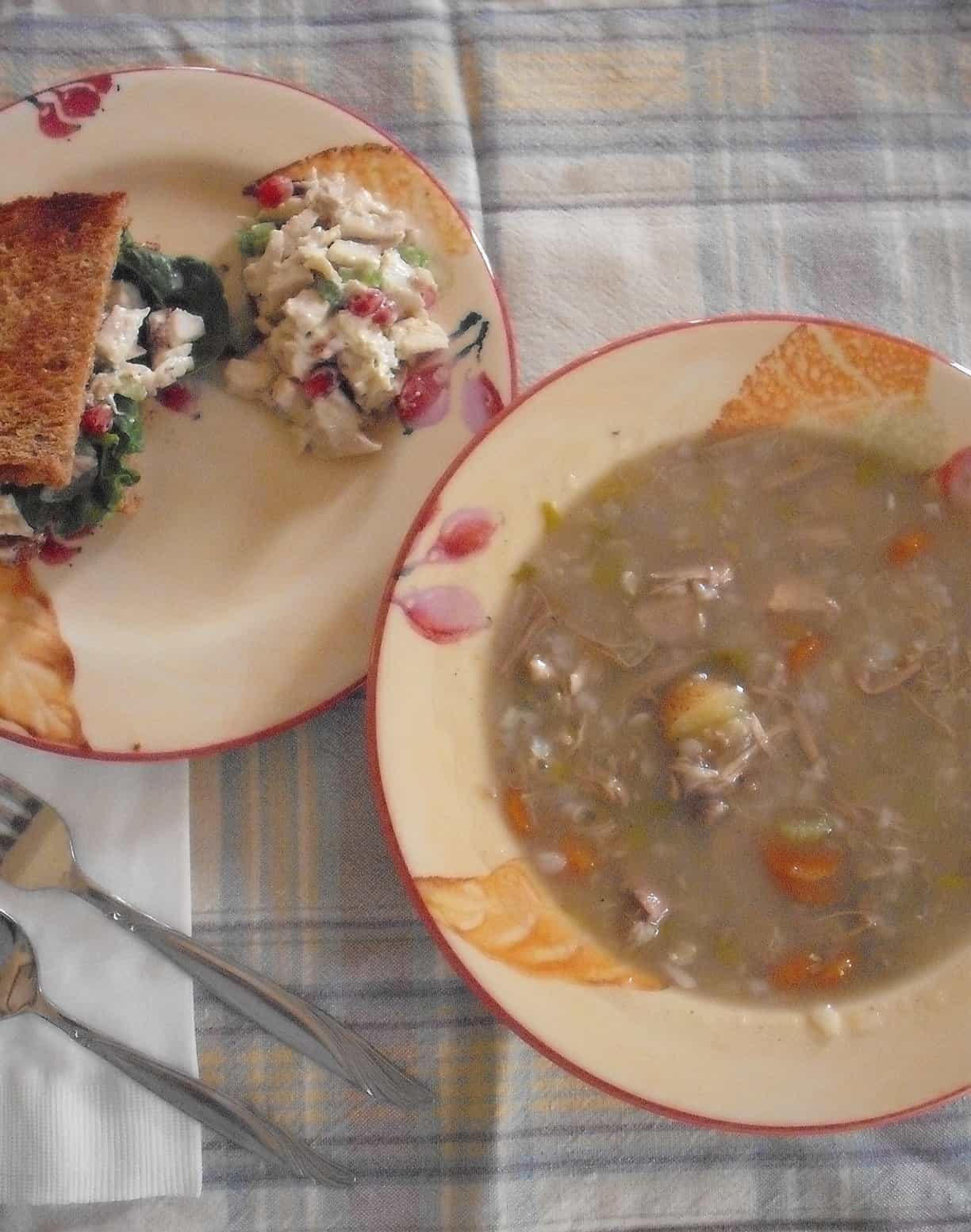 Ok, I’d been cooking with turkey for four days straight. The word “finale” was certainly music to my vegetarian ears. But I did enjoy the process, the creativity and the ability to share amazing food with others. Again, we really want to thank MOB Farms for their care in raising such amazing turkeys and the high standards they adhere to in their processing and delivery. Coming into the home stretch, I wanted to prepare dishes that took turkey to some other level. As good as the turkey was, Don was getting tired of plain old sandwiches. 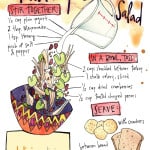 This recipe is printable from the Delicious Living website.

I found a great recipe for Turkey Leftovers Salad in Delicious Living Magazine’s November issue. It’s incredibly simple, and Don says it tastes great. Delicious Living is one of my favorite go-to sources for healthy, easy and great-tasting recipes. As I’ve said before, it should be your go-to, too. Not only do they offer a wealth of great information on supplements, safe products, cooking and buying choices, they have a stellar mission. 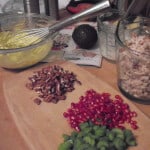 With only a few ingredients and very little prep time, this salad is a real winner.

To take my turkey salad just a little “over the top,” I made my own aioli—just a simple version—to stand in for the two tablespoons of mayo called for in the original dish. I also had some fresh pomegranate seeds in the frig that I’d used on our Thanksgiving spinach salad, so I let those replace the dried cranberries. Here’s the directions for the basic aioli:

Aioli is only as good as your ability to create a permanent emulsion–egg yolks and oil would not naturally mix together, but by very slowly whisking the oil—actually drop by drop–into the egg yolks, the two liquids form a stable emulsion that won’t separate.

So, begin by whisking the lemon juice and salt into your yolks. Now, small drizzle by small drizzle, whisk in the oil. It will get tedious; your arm may feel as if it is going to fall off, but be brave. It’s worth it. If your emulsion begins to separate, stop adding the oil and whisk like there’s no tomorrow until it comes back together.

Once the oil and eggs are incorporated, whisk in the Dijon. You can also add other stuff, like mashed garlic or use white wine vinegar instead of lemon juice. But since this was to be an ingredient in another dish, I chose to keep it simple. I later used my aioli, diluted with more lemon juice and a bit of high-quality honey to dress a salad of dark greens, pomegranate seeds, apple and walnuts. Yummy!

Don’s leftover turkey salad used up a good portion of the remaining white meat, but I still had a casserole dish full of turkey pieces and all that stock I had prepared on Sunday. So, on to Turkey and Rice Soup, a basic recipe that just takes a little prep time and about two hours of cooking time. It will feed a crowd and, in my case, a few neighbors—which is always nice.

Serving Size: About 1.5 cups of soup

I used some special Mediterranean Sea Salt that is seasoned with oregano, marjoram and thyme at the end. Very nice.

This soup is gluten-free, just be sure you use a Tamari sauce such as San J, which is certified gluten-free. 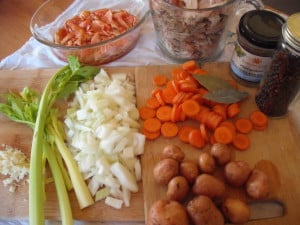 Because you are using your roasted turkey, made as only you made it, and all these fresh ingredients, this will be uniquely your soup and taste like no one else’s. Campbells can’t says the same.