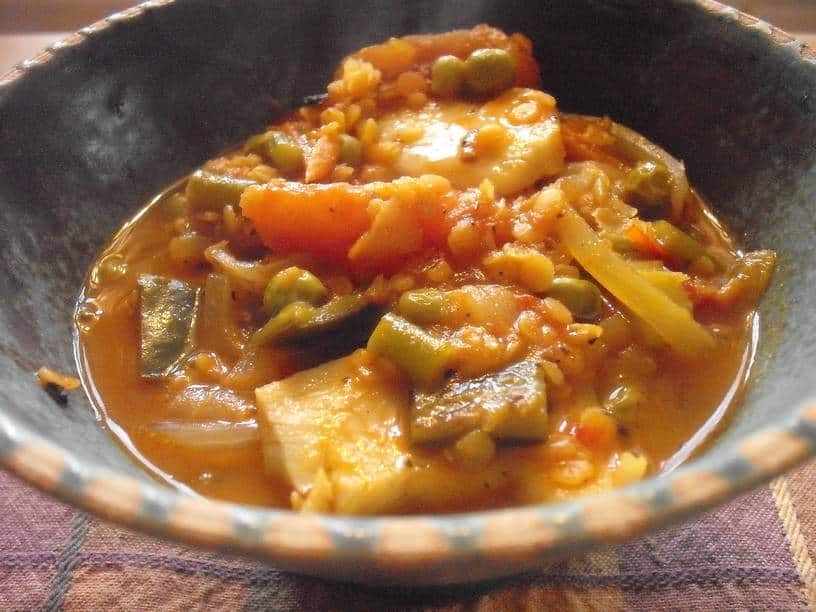 As I came to the end of the Confluence Climate Collaborative Challenge of 40 Days of Loving What I Have, my cupboards were starting to become a little bare. Now, really there was plenty of food, but just exactly what to make out of all that stuff was the question.

Thankfully, I had a secret weapon…my little freezer! You remember the story of my freezer—the surprise gift from my Mermaid girlfriends on my 60th birthday? Such a wonderful gesture—such wonderful friends. And what an amazing asset that gift has turned out to be: I spend a good deal of time spring through late fall, washing, trimming, blanching and sealing up all the fresh market produce and locally raised meat my little deep freeze can hold—trays of pesto cubes, bags of berries, jars of stock—you name it; if it can be frozen, I’ve got it in the deep freeze. Always be a good little ant, not a wasteful grasshopper.

For the small carbon footprint that freezer makes in the world, it is a green, green tool in my quest to shop local, eat healthy and be brave in the kitchen. This couldn’t have been more true than last week, when I made a Fishy Red Lentil Dhal by simply loving what I had on hand.

My grocery list was only four items long: an onion (Stored ones have been gone for months.), some fresh ginger (Though this can be frozen, I was out.), a lemon (not happening in the Midwest) and a bunch of celery (Celery is not a candidate for the freezer.). Every other item came from my pantry or my little freezer, including the fish that I buy from a guy just one county away who fishes his own pond.

But what if you don’t have a freezer? Well, that’s okay. If you don’t have all this stuff in your freezer or pantry, no worries. Try some substitutions—like four large cloves of chopped garlic instead of garlic scapes (which will be at the farmers markets early and are easy to freeze), quality organic canned tomatoes for frozen, fennel if you prefer to celery, cod or other mild white fish fillets if no blue gill was on your line over the summer, a pre-mixed garam masala if you don’t want to put all the spices together as I did (I recommend Penzey’s.).

However, if you decide to make your own garam masala, you will have the advantage of creating your own signature flavor and perfume; you can include all the flavors you like and none you don’t—maybe you don’t like cardamom, which can be strong and earthy, or maybe you love cumin and prefer it to be a larger part of the flavor mix. After we dig into the recipe, we will go a bit deeper to explore garam masala, what it means in traditional Indian cooking and why it defines Indian households…sort of the way your grandma’s favorite apple pie filling or your dad’s secret BBQ sauce defines your culinary roots. 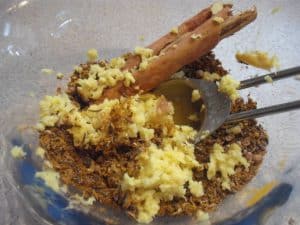 So What Is Garam Masala?

Garam masala is a blend of ground spices used extensively in Indian cuisine. In traditional Indian cooking, the spices are usually whole, toasted and crushed with a mortar and pestle. The word masala means “spices,” and garam translates as “hot.” So garam masala literally means “hot spices.” But every household seems to do it a bit differently—a different combination of spices, different levels of heat, more or less sweet and savory.

The ingredients in garam masala can define an entire region, a village or one person’s kitchen, where a secret blend may have been passed down through generations, which I think is pretty darn cool. Can’t you just hear the conversations: “Well my grandmother’s garam masala is the best; it’s been on our table for decades and no one in our community can replicate it.” Makes me think families everywhere are not so very different: “Well my grandmother’s vegetable soup is the very best; she has her own special ingredients for just the right flavor. No one else makes soup like Grandma.” In kitchens all over the world, in diverse cultures, grandmothers work their common culinary magic.

According to the website The Spruce Eats, “garam masala from Northern India, including the Punjab region, often has only black pepper for a hot element and mostly focuses on aromatic and sweet spices. This garam masala will be quite mild, and any heat in the dish will come from adding hot peppers. The farther south you go in India, the hotter the garam masala is likely to be, as red chiles are likely to be part of the blend.”

So your garam masala can be what you want it to be. Mine, for instance, doesn’t include cloves, even though that would be a traditional spice. I just think it is too overwhelming—especially in a fish dish. I didn’t add any nutmeg, either, but you might want to.  Other possible spices than my choices could include: fennel seeds, mace, star anise, tamarind, fenugreek, bay leaves, Malabar leaves, Charnuska or dried red chiles.

The idea is to create a mix that is warm, sweet, savory and floral…and maybe even hot. It is all up to you. Time to mix up a little tradition in your kitchen, eh?