For the Love of Birthday Cake 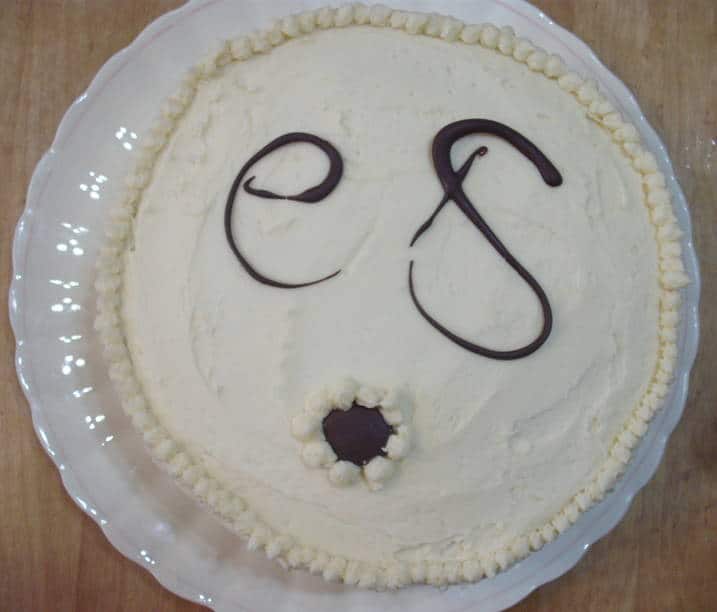 Can there be any greater joy or expression of love than baking a birthday cake for your friend or loved one? A birthday cake allows the baker to create a one-of-a-kind gift (Even if it is someone else’s recipe, it’s still your special touch!) that is generally shared in celebration with friends and family. It’s both privilege and responsibility, rolled into a sponge and frosting delight.

Recently, I had such a privilege when my environmental buddies planned a little surprise birthday celebration for our dear friend Elizabeth. Designated the official birthday cake baker, I set to work nearly a month ahead to perfect just the right cake for this incredibly kind and talented person. Needless-to-say, Don and a few friends were quick to volunteer as testers. And there was quite a bit of testing, since two versions of this cake—though tasty and moist—were not what I was after. We still have cake layers in the freezer….so come on by!

The cake I wanted to create blended Elizabeth’s love of chocolate and coffee, and this led me down my own memory lane to a quaint coffee shop called Café Royale up north in Urbana, IL. I worked for the University of Illinois for many years, mostly in the College of Agriculture. And right down the street from my office in Mumford Hall was Café Royale, an old stone and glass corner hangout with a true beatnik feel—stone arches and floors, dark corners in the back, mismatched tables and chairs, flyers and theatre bills waiving from pegboards, ragged community books and newspapers, large windows that let the sidewalk scene play by, and the BEST coffee on campus. My favorite was a Borgia, yes, sharing the name of the family in Italy who poisoned all their enemies and some of their friends. But there was no resemblance to this infamous family in my steamy cup of frothed cream, strong coffee, melted chocolate and orange syrup. It was my big splurge at the end of long, hard days. So why couldn’t it be a cake?

Of course it could! After a few false starts and one excruciating disaster (The sad saga follows the recipe.), I had done it: Café Royal Borgia Cake. And you can do it, too…. 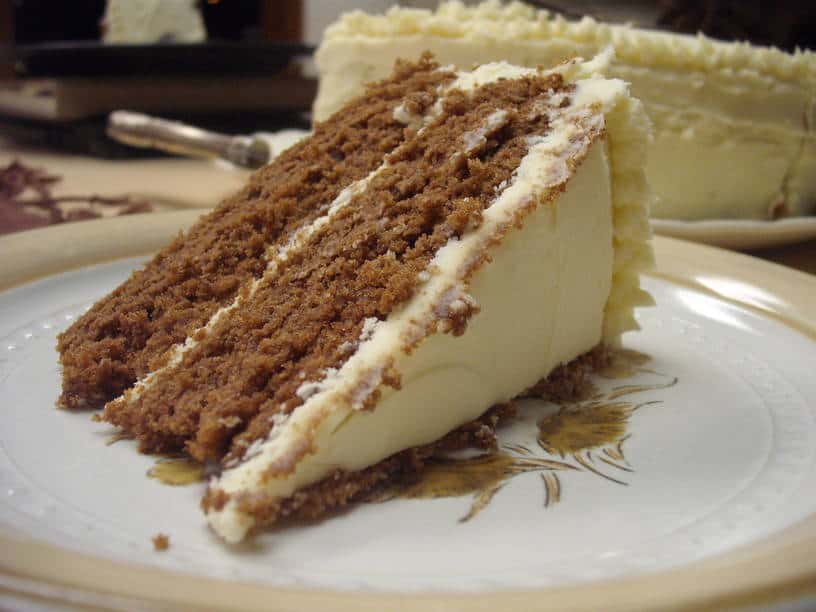 Servings are based on a double-layer cake. If you add the smaller third layer, you will increase the servings to about 10 to 12, unless Don is your husband.

The End of a Love Affair

Well we’ve all been there at some time. The person we thought we’d love forever, the relationship we thought couldn’t be severed. But then…it’s over. This is sort of what happened during the making of this cake: In the end, I tossed my longtime love affair with old fashioned, true buttercream frosting into the broken hearts bin and moved on.

For years, true buttercream was the only frosting I thought worth putting on a cake. Made from soft-ball stage sugar syrup, perfectly tempered egg yolks and tons of butter, true buttercream is not super sweet, but it is super rich and decadent. I’ve flavored it with everything from vanilla bean seeds to Jamaican rum. And when it comes together in perfectly balanced creamy mounds, it is beyond delicious.

Unfortunately, true buttercream has been a fickle lover—sometimes it’s been there for me and sometimes it has just curdled into a gooey expensive mess that ended up in the garbage. I’ve tried to work with it a million ways in order to guarantee its devotion. But no. It does what it wants regardless of my feelings. It has broken my heart and tried my nerves more times than it has showered me with sugary kisses. So… we are through.

Will I always remember the good times, the perfect mounds of fluffy fondant? Of course. Do I wish other cooks well with their buttercream trysts? Sure. But I am moving on to a new love, a frosting not as elegant, perhaps, as my old buttercream, but one that is yummy, loyal and from good stock—meet Buttercream Frosting by Erin Patinkin and Agatha Kulaga the owners of Ovenly, an award-winning bakery in New York City.

Pastry geniuses Patinkin and Kulaga are also the authors of a cookbook that I own: Ovenly (just like their shop and what a catchy name!). In its pages I found Buttercream Frosting: the basic recipe. Smitten!

Ovenly’s buttercream is a simple straightforward approach to frosting that yields an amazing result without all the headache and labor that were involved in my relationship with my first buttercream affair. Though definitely sweeter than old-fashioned buttercream (has something to do with seven cups of powdered sugar, I suspect), Ovenly buttercream is rich, spreadable, perfect for your pastry bag and versatile. There are eight variations in the cookbook, and really that just scratches the cake surface of what might be possible with a bit of creativity and bravery.

So I’m in love once again. And not just with this recipe, but with these two amazing women, their successful bakery business in the cutthroat Big Apple and their commitment to positively impact the world around them.

I’m happy to share the love with you, hoping to encourage you to seek out a copy of Ovenly for yourself. I promise it will be the beginning of a beautiful love affair. By the way, once my vanilla buttercream was complete, I whisked in two tablespoons of Grand Mariner…just to keep this a Borgia cake, you know. 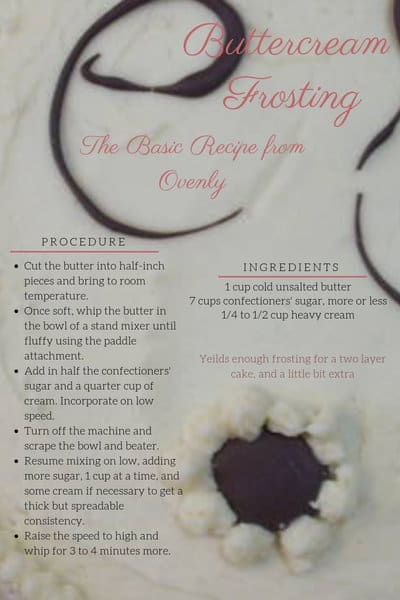