Me and My Friend Henry: Cool as Cucumbers 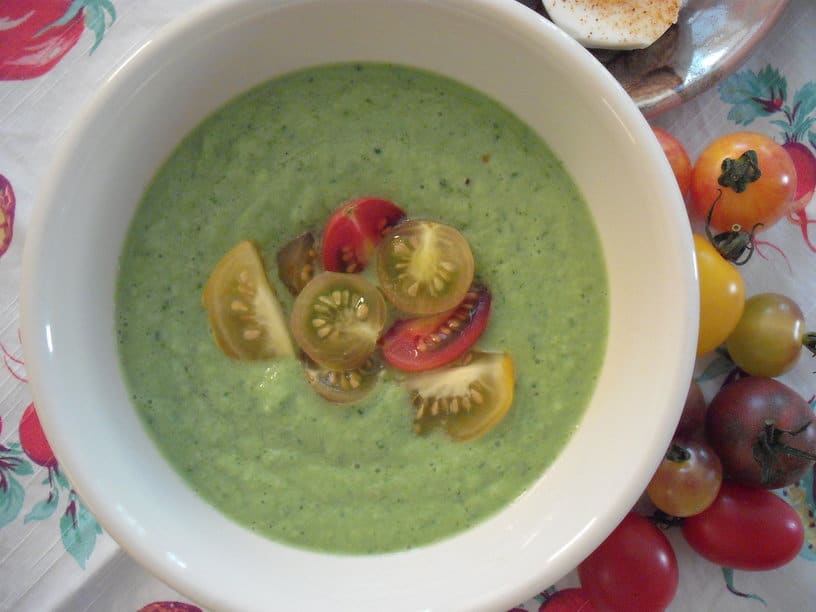 The dog days of summer are here. While new fall produce is coming in every day, some summer favorites are beginning to thin out, cucumbers among them. So let’s make the most of what is remaining by finding more than one place for them on the dinner table. 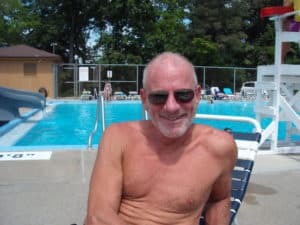 Poolside with my good friend Henry–expert in safety management, gentleman farmer and budding chef. I really meet the nicest people on this blog!

I think my favorite part of doing this blog is talking food and green living with other people—not to mention eating food with other people. Sometimes the conversation begins at my market on Saturday mornings and can take on a life of its own as people chime in with their tips and recipes. Sometimes I email chefs whose recipes I’d like to feature or use as inspiration. Sometimes they email back! And sometimes, my friends share samples of their own masterpieces—a great plus to being a food blogger! Such was the case with my friend Henry—a pool buddy-who showed up with his latest creation in his little poolside cooler—his signature Cucumber and Yogurt Salad. To die for!

Henry has a “regular” job at a local university taking care of emergency management. Can you say stress? But at night, he heads home to his small farm, complete with row crops, a stand of maple trees (I have the syrup to prove it.), set-aside prairie and pond, a chicken-eating (not kidding) sheep, no Internet (still not kidding) and his best dog-friend Bear. Henry loves the farm, getting close to his food source—he has rendered his own lard from his own hog, BTW—and mastering the arts of home cooking. My kinda guy.

Serving Size: one half cup 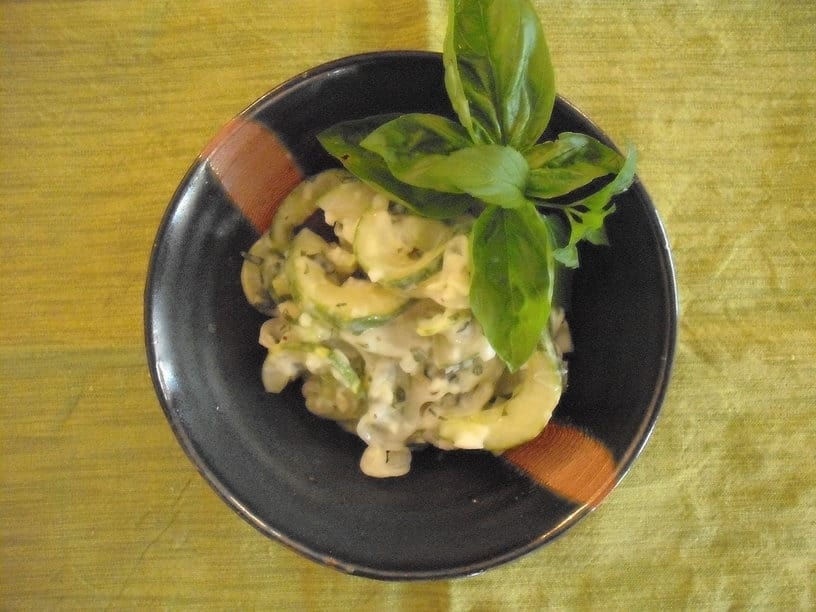 Unlike many "make ahead" salads, this one will get watery if left in the frig once you've added the yogurt. Best to eat it up, which I guarantee you will not be a problem. Note that the prep time does not include the overnight hours.

From Salad to Soup

Now that we have a salad, what about a soup? Last week I was all about Gazpacho, but this week I’m going a little greener with Cold Cucumber Soup, a dish I’ve made for years after discovering it in a 2002 issue of Cooking Light Magazine.

As so often happens for me, I was drawn first to the story surrounding this soup. I’m sure when I read it long ago, the story of Cooking Light’s Chef Mike Wilson and his challenge of cooking for a year from a CSA membership instead of ordering anything he liked for Cooking Light‘s test kitchen did not hit me exactly the way it hits me now. In 2002, I doubt I even knew what a Community Supported Agriculture Co-op was, and neither did Chef Wilson when his challenge began. But just as it was for me, learning more about who grew his food and what cooking in-season could mean to his menu and his outlook on the value of food, the experience definitely revised Chef Wilson’s approach to cooking.

Although Chef Wilson and I have ended up on opposite ends of the fork, so to speak (He’s head of the successful SAW’s BBQ in Alabama, and I’m the die-hard vegetarian.), I would bet we still have a lot in common: a love for good food, a connection to community and a passion for everything local. His cucumber soup is so easy to prepare and so delicious—you’d never know a carnivore created it! 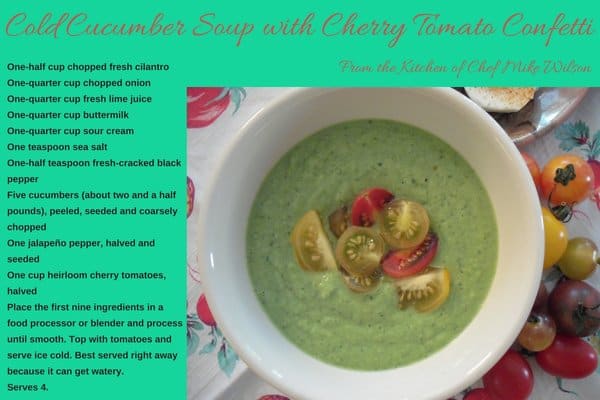 On the other hand, some veggies can almost outstay their welcome…. 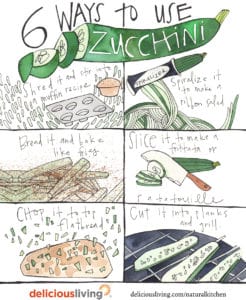 Yeah, the zucchini is still going strong for most of us. For some of us, maybe a little too strong. You can freeze it, bread it, stew it, etc. But, at the end of the day… that‘s a lot of zucchini. The folks at Delicious Living Magazine would like to help us with the end-of-season abundance (And we should remember that abundance is a blessing, right?) and help us avoid wasting food. Check out this handy info graphic on Six Ways to Use Zucchini.

And if you are still looking for more cucumber dishes, try their Cucumber Melon Salad. It’s Green-Gal tested and approved! So simple to make, so delicious to eat.