Me and My Friend Jim–What a Pear! 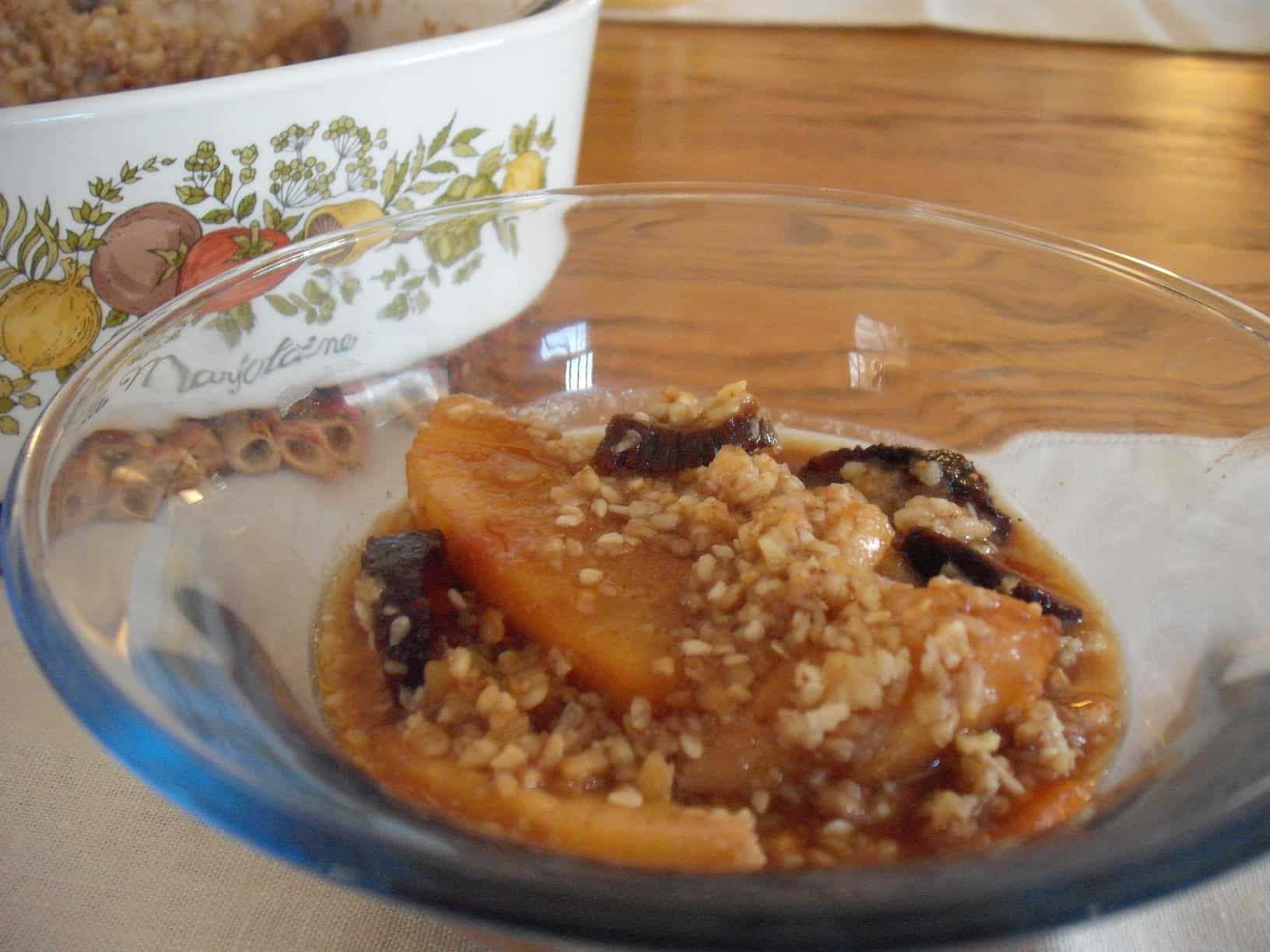 We received many cards and gifts from friends this past holiday season. One of the biggest delights came just after the new year—a box of delicious Harry and David pears from good friends and Christmas Box recipients, Jim and Betty Krejci. This luscious gift inspired me to create an over-the-top Vanilla Pear and Fig Crisp that I’m sharing below. But really, inspiration from Jim and Betty began long ago…

The Krejci’s live in Oregon now, but during the early part of my career as a communications specialist, I worked with them at the University of Illinois in its Extension Service. If you are not familiar with “cooperative extension services,” they are the community outreach link from major land-grant state universities to the citizens of their respective states. Extension services utilize university-generated research and expertise to provide free or very low-cost information to help local farmers, nonprofits, community planners, environmentalists, entrepreneurs, etc. Extension Services are traditionally housed in a university’s college or department of agriculture because farming is where extension services got their start and where they still do a lot of work. At the University of Illinois, the extension service’s home is in the College of Agriculture, Consumer and Environmental Sciences. When I worked there, the motto really said it all about what we did: “Helping You Put Knowledge to Work.”

Jim Krejci, now retired, was an environmentalist who became a major educator and a respected mentor for this green gal. In 1993, Jim and I both found ourselves working together during the “Great Flood” that devastated farms and communities along the Mississippi River where we worked. Jim had his hands full trying to help local flood victims deal with the immediate and long-term environmental effects of this natural disaster, while I was in charge of media relations for about six counties along the swollen Mississippi River on its Illinois side. We were bone-tired and feeling pretty helpless most every day.

Betty, a fabulous community organizer and fundraising expert, came to work in our office shortly after flood waters receded but needs were still very high. Eventually, she married good ol’ Jimbo-Bill-Bob (That’s one of my favorite “Jim” names—one of the few I can print here.) and they have since settled in Oregon.

But while we worked together, Jim proved to be one of the most creative and caring people I have ever met. When we were tasked to come up with a way to help local children cope with the upheaval in their towns and the loss of their homes, as well as understand in some way how a flood happens and how nature deals with its aftermath, Jim already had a plan… something he’d been working on for years but never had the opportunity to implement: Jim is the creator of a little puppet named Gofer, as in “go fer” conservation. This furry little guy was supposed to one day be Jim’s “Smokey the Bear” or “Ranger Rick.” Suddenly Gofer was the key component in an educational plan to get traumatized youngsters to begin to understand a complex situation, maybe learn more about their environment and MAYBE even laugh a little.

Jim decided Gofer needed some help, so we created more puppets to help him provide the “lesson.” There was Mr. Pollution (a dirty smokestack), Ms. Soil (a flowerpot), Water (a little raindrop) and a raccoon to represent wildlife. Believe it or not, yours truly was the voice for Ms. Soil. From there, Jim just sailed ahead with coloring books, stickers, a volunteer kit and several skits that we took “on the road.” 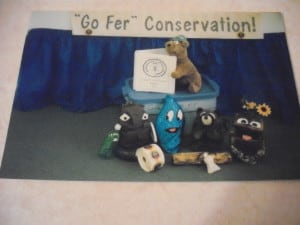 Here’s an old photo of the famous Go Fer Conservation kit that Jim and I used. See me? I’m that little flower pot on the right.

Working with Jim, I learned that complex problems, like pollution, soil erosion and climate change (We didn’t have the term climate change then, but talk about global warming had already begun.) have no single cause or single solution. For instance, when you take a small hog farm off the flood plain, where do you put it? Bet it’s not next door to your house. But do you like bacon on that BLT? See…

Beyond all the facts and figures Jim taught me, above his passion that was so catching I’ve been a tree hugger ever since I’ve known him, and well past the joy he gave me through my involvement with Gofer, Jim taught me to listen—to everyone—to not need to be right about everything but to be true to my beliefs… to walk my talk about the environment. Jim made me see that everyone has a stake in the environment, even if we don’t all agree on how to treat it. So everyone, at least until they prove otherwise, deserves our respect and attention. Because at the end of the day, there’s only one planet Earth, and we’re all here together. It’s got to be a group effort. That’s how Jim taught me to “go fer” conservation.

But this was sort of about Vanilla Pear and Fig Crisp, wasn’t it? Well everything is connected, right? So here’s what I did with those fabulous pears. It’ll be a great dessert or a decadent breakfast. Or both because you can warm it up next day. So… go fer it!

We really enjoyed this dish for brunch on a Sunday and once with ice cream as a Saturday night dessert. The only thing that would have made it better is having Jim and Betty at our table to share. We are so rich to have their friendship.

Jim and Betty Krejci–a beautiful couple, inside and out.