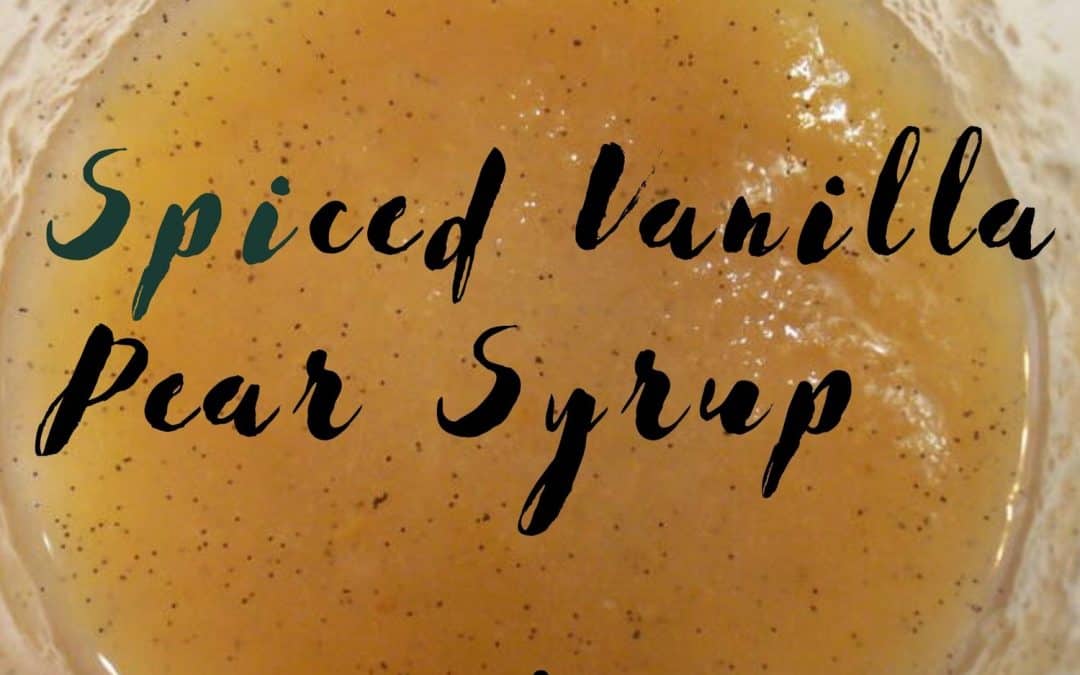 No, this is not my description of the winter months. All regular Green Gal readers know that by January I am already ungratefully counting the days until the pool opens. But, I bet my Frozen “Pear-adise” dessert will make the rest of winter much sweeter. Whatcha think?

Don and I are always blessed over the holidays with thoughtful gifts from far-off friends. Several of my Christmas Boxes—filled with my homemade treats that are nearly tradition now—were barely out the door when treasures began to appear on our doorstep. Top of those treasures this year was a box of stunning ruby pears. My friend Mary Lynn sent us a gorgeous box full of ripe red pears. Just the needed healthy treat in the midst of cookies, cakes and puddings, right? They were absolutely delicious. And they contained a special gift, I bet Mary Lynn hadn’t even considered—though knowing my friend, perhaps she had.

These perishable pears were also a reminder that food waste is one of the main fuels of climate change and that fruit, like these luscious picked-at-peak-perfection pears, have a short window of time on Earth. So we got a triple blessing—the extravagance of fresh beautiful fruit in the middle of winter, the chance to share good food with family and friends, and the opportunity to beat food waste with culinary ingenuity.

Because here’s the thing: much as we tried to consume one or two pears every day, toward Christmas we were still staring at four large ones looking to leave this sweet old world at an accelerated pace. What to do? Okay, that’s a rhetorical question. I knew exactly where to start—if the pears were beginning to make themselves into syrup, let’s just help them along.

Thus was born my Spiced Vanilla Pear Syrup. OMG what amazing flavor, with all the warm spice favorites of winter—cardamom, ginger and even a pinch of white pepper! This is super easy to make—yeah, yeah, I know you’ve heard that before, but I swear on this one. And guess what came next?

Ice cream! Coconut vegan ice cream!! You will love this Frozen “Pear-adise” dessert, with tip of the hat to my friend Susan, who guided me on the ins and outs of creating vegan ice cream. And hey, new celebrations are just around the corner—Mardi Gras and Valentine’s Day are both in sight, so….let’s start cooking! And note, the syrup benefits from a “flavor-developing” period in your frig, so plan ahead.

The prep and cook times are combined times from both the syrup and the ice cream. These times do not reflect the marinating frig time for the syrup nor the freezer time for the ice cream. Also, this vegan treat does not, in my experience, keep as well or as long as dairy ice cream. So you’ll just have to eat it all up in a few days. My, won’t that be difficult. Smile.

Well it was New Years, so I couldn’t stop with the ice cream. It still had plenty of syrup left, and while it is yummy on pancakes, mixed with yogurt and just slurped straight out of the jar…it’s even better with alcohol!

Yes, we made a Spiced Vanilla Pear Syrup Gin Fizz. Wee! And you can make it too because you’ll have plenty of syrup left and don’t forget that Valentine’s Day is nearly here. Here’s how to do it:

In a cocktail shaker, place one (or two?) shot of your favorite gin (or vodka or white run or….), two shots of the pear syrup, and ice. Shake away and then strain into pretty little ice-filled glasses. Top off with some bubbly stuff—plain carbonated water such as San Pellegrino if you want it less sweet or a quality ginger beer if you want it sweeter. It’s so pretty, so fresh, so “pear-fict”. 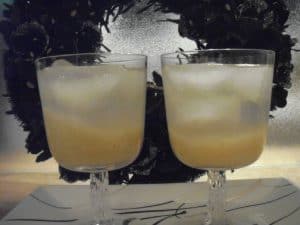 This syrup is just your starting board for all kinds of cooking ideas. Try some out and share your creations with us!