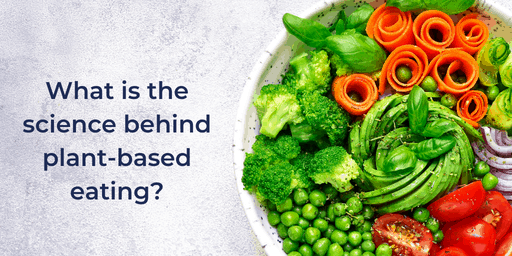 As if I weren’t pissed off enough by the popularity of that Impossible Burger with its GMO Soybean Roots Heme (Yes, trying to let go of anger is a goal for 2020.), a recent study published in the Annals of Internal Medicine has me fuming…and I am not alone.

When my husband’s copy of the monthly AARP Bulletin arrived early in December, I gave it a casual scan while we were eating breakfast. Then I landed on this headline:

“The Truth About Meat In Your Diet: Going against decades of nutritional wisdom, a group of researchers recently claimed there is no reason to limit red or processed meats.”

Once I had calmed myself, however, the writer/researcher in me got going. “How could this be?” I thought. I knew—KNEW—there was data galore on plant-based eating benefits—for human health, planet survival, and for agricultural sustainability. Further, I knew—KNEW—producing and consuming less meat, as well as growing and eating only meat that was pasture-raised using sustainable, regenerative methods were key solutions to mitigating carbon and methane in the atmosphere, reviving our depleted soil and saving American agriculture from total climate change failure. Where did this study come from? And who, in good conscience, would publish it?

Apparently, the editors at AARP were skeptical too and enlisted the expertise of Dr. David Katz, founding director of the Yale-Griffin Prevention Research Center at the Yale School of Public Health and founder of the True Health Initiative, a global watchdog coalition of more than 500 health and nutrition experts. Dr. Katz’s straight-forward assessment of the study? “The report should have never been published.”

What’s more, Dr. Katz went on to say that he and some of his colleagues at the True Health Initiative wrote a letter to the Annals of Internal Medicine (AIM)—the reputable journal in which this alarming study found publication—asking them not to publish. “Fourteen experts signed it [the letter], including a former U.S. surgeon general and leading nutrition expert at Stanford University,” explained Katz. Katz also said he heard from three professionals who were reviewers for the AIM journal who, likewise, advised not to publish.

So why was this article sitting on my dining room table?

Again, I’m not the only one wondering. Jessica Schafer, RD and Director of Influence & Education at New Hope Network posted an article just a couple months prior, addressing this same study. (How’d I miss that!!) According to Schafer, “the root issue of this recent controversy is the claim that nutrition science and methodology for studying the impact of food on human health is weak and wrong. That is at the center of the AIM study’s claim, which cited several systematic reviews, which—interestingly—all showed decreases in diseases, such as heart disease, Type 2 diabetes and certain cancers, when people reduced their meat intake [emphasis mine].” But because these researchers decided to use a certain way of analyzing the data called GRADE, their outcomes–in their estimations–were “weak recommendations based on low certainty evidence”.

Both Katz and Schafer agree that this GRADE system (which I cannot begin to explain) was the wrong way to go when looking at behaviors like how and what people choose to eat. Katz points out that GRADE was designed for use in drug trials only and, he cautions, is “inappropriate when you are reaching conclusions about dietary patterns.”

GRADE scored the results of the study “low” because much of what we know about eating behaviors has been reached by observational research. “But,” said Schafer, “instead of saying that their research was inconclusive, the researchers did something preposterous in the world of science: they recommended that low (not the absence of, just low) evidence of the health benefits of reducing meat consumption meant that people should just eat their ‘current’ levels of meat.”

And this means any amount of any meat?

Schafer had real issue with that word “current,” which could mean just about anything, so meant basically nothing in terms of a guideline. And Dr. Katz, from the AARP article took real offense at the idea of observational research being deemed unreliable. Here’s a great quote from him: “…the idea that you can’t learn something from observation is glaringly false. Think about telling kids not to run with scissors. We don’t have randomized controlled trials of kids running with scissors, do we? We just know from observation that it’s dangerous.” Gotta love him, don’t ya?

So we come back to the overarching question—how and why would this controversial study find its way onto the pages of a reputable scientific journal? Be suspicious, recommends Katz and Schafer.

For Schafer, two decisions the researchers made smacks of tampering with outcomes. First, she notes that “all of the research they reviewed consistently—and with statistical significance—echoed that there are harms of eating more rather than less meat.” Schafer noted that “some consumers eat two servings of meat in a week while others eat 20. Does that make a difference? Of course it does! Does how that meat is raised, fed, processed and cooked make a difference? Of course it does!”

Second, there “was the omission of some extremely large studies that showed disease decline with plant-based eating that the researchers chose not to include in their systematic review. The reason? They were too large,” said Schafer. “But again, the group of researcher-statisticians involved in the AIM study—through their systematic review and meta-analysis—found entirely consistent, clinically meaningful, statistically significant adverse effects of eating more versus less red and processed meat [again, emphasis mine] on all-cause mortality, cardiovascular disease, cancer and Type 2 diabetes. Yet, instead of recommending people eat less, they recommended that people eat their “current” intake of red and processed meat.”

So we have vague guidelines that are meaningless and glaring omissions of large-scale, respected studies (which included among others Primary Prevention of Cardiovascular Disease with a Mediterranean Diet (The PREDIMED and Lyon Heart Study) and the Diabetes Prevention Program (The DPP Study), both long-term randomized, controlled clinical trials). Curious.

When asked by AARP what would motivate the researchers to issue guidelines that their own data (see Schafer above) really didn’t support, Katz answered: “It’s unclear, but a few years ago, this very same group reached exactly the same conclusions about added sugar. They said, ‘Go ahead and keep eating added sugar, because we used a scoring technique that says our data are too weak to say otherwise.’

“It turns out,” explained Katz, “that the group had funding from the International Life Sciences Institute, which receives money from Coca-Cola and PepsiCo. The current study raises concerns about industry influence as well.”

Schafer concludes her lengthy article (which is worth a read all on its own) by referring to the study as “clickbait,” meaning having a headline likely to grab an audience. She noted that “perhaps the most egregious omission from this most recent nutrition clickbait is the science that points to our dietary and agricultural habits impact on the environment. Had any of that research been included, the researchers’ outcome would have been entirely different (and yes, not so newsworthy).”

Dr. Katz has a great answer, and I could just kiss him for it: “In terms of health, the cut and how the animals were raised are really the most important issues. Lean cuts are better than fatty ones, and the best animals are raised in pastures that give them access to native diets. Pigs should be able to forage, and cattle and sheep like a variety of grasses.”

So what does Dr. Katz think of Impossible Burgers (You knew I couldn’t resist this!)? “Meat alternatives pose less cancer risk than processed meats, like bacon and sausage,” he conceded. “But whether an Impossible Burger or a veggie burger is much better than lean, pasture-raised meat—that’s less certain. The products are highly processed, and processed foods have been implicated in all sorts of health problems, including obesity…. nothing will beat whole plant foods.”  [You bet emphasis mine!]

Well, maybe my whole-food Green Gal Possible Burger could be the exception to this—where the only processing is in my NINJA.

Bottom line: As consumers we must do our research, whether we think we have the time or not. If we are lucky enough to live near small, sustainable farms and have access to local farmers markets, we need to put our money (literally) where our mouths are—get to know and continually support our growers—even if we are spending a bit more money and making a greater effort to do so. Our actions are not only saving our own health but the health of those farms, our communities and the entire planet. Don’t rely on “clickbait” to make your decisions. Be brave and skeptical. Embrace that plant-based diet with–if you so desire–moderate helpings of clean, pasture-raised, humanely treated animals.

Portions of this post were provided by New Hope Network. I am a member of the New Hope Influencer Coop, a network of health and wellness bloggers committed to spreading more health to more people. Art Credit: New Hope Network