Side Dishes Take Center Stage on the Holiday Table 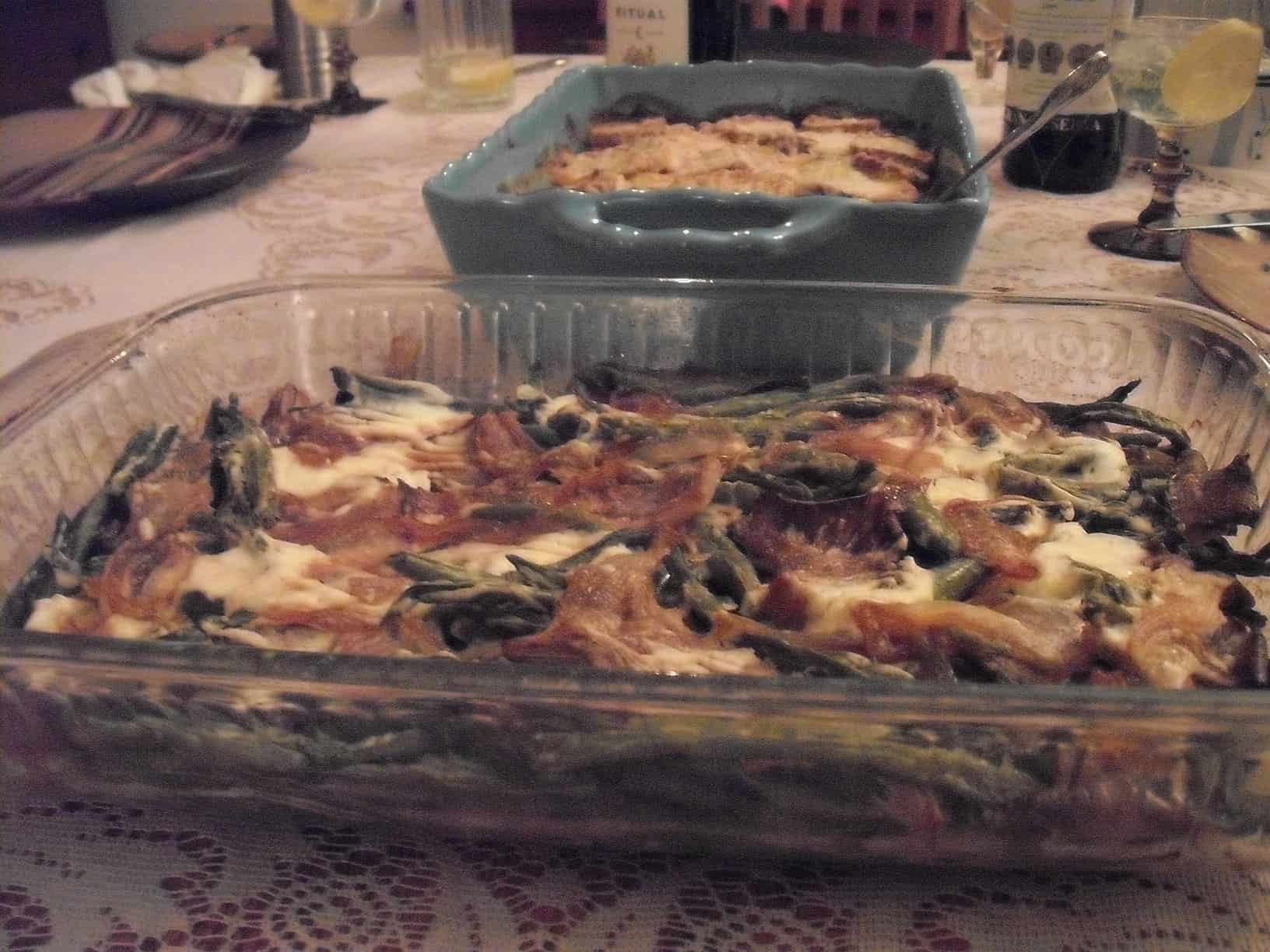 If you are a vegetarian, one of your biggest culinary thrills of the season is the elevated side dish. Since turkey is taboo, ham ain’t happen’n, and roasts are right out, I savor every sautéed Brussel sprout, caramelized baby onion and creamed asparagus spear. But for lots of folks, the holidays are about comfort and tradition more than anything else; people expect their favorites, even if those favorites are BC-boxed scalloped potatoes and fresh-from-the-can green bean casserole. Sigh.

So to make everybody feel welcome at the table, I’ve taken two very familiar holiday traditionals and ramped them up this year–just enough to be great without being discomforting. It’s my green-gal take on Au Gratin Potatoes and Green Bean Casserole.

A couple of weeks ago, I was eating breakfast at Sacred Grounds, where the food is always amazing. They served a potato and pumpkin gratin that was absolutely to die for. And absolutely had to be on my table Christmas day. I have one last pumpkin and a bunch of potatoes still in the basement, so I figured the Universe was sending a sign.

Since I didn’t have the Sacred Grounds recipe and needed to be extra careful about adding only certain kinds of dairy (My daughter and I are dairy-sensitive.), I came up with my own plan… and here it is: 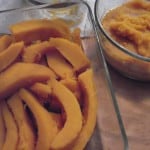 An example of how your pumpkin should look before you add it to the casserole in the recipe above. 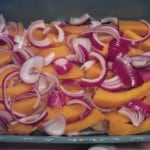 An example of layering your casserole ingredients.

While discussing the dilemma of being innovative in the kitchen and still pleasing “the family,” Debbie Ward and I lamented the ever-present, never-interesting green bean casserole—you know, the one with the can of crunchy, greasy onions on top? Debbie had come across a little stroke of culinary genius from a way-back issue of Better Homes and Gardens. I’m thrilled she shared it with me.

To make your green beans as festive as possible while maintaining a level of “comfort,” try the following: 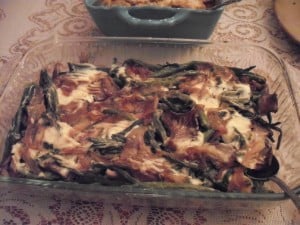 My final bit of comfort has come as a request from my daughter for her favorite cranberry dish—a raw-food relish that is as fresh as a summer day in December. It’s one of the most simple dishes you will ever make, and it’s intentionally made in advance in order to let all the flavors marry, so there’s nothing to do on Christmas day but transfer it to a pretty crystal dish. 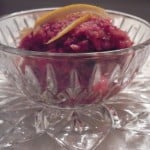 Just as pretty to look at as it is yummy to eat. Plus, it’s incredibly healthy!

Put all the ingredients in a food processor and pulse until finely ground, but not pureed. Should be made at least three days in advance so flavors have a chance to deepen and blend. Store tightly covered in the refrigerator.

What side dishes are in the center of your holiday table?